Nishat Linen celebrated the success of their S/S’20 collection

Charming their patrons with a remarkably enchanting collection every season, Nishat Linen launched their spectacular new lawn S/S’20 collection nationwide on the 14th of February 2020. To commemorate the success of their latest collection, Nishat Linen hosted a meet & greet at their Dolmen Mall...

Karachi based rock pop band KOHI got the attention when they officially launched their new music video “Tu Hai Kahan’ at The Forest Restaurant in Karachi, the event and their PR was handled by Dr. Rana Asif from The House Of Rana ( #THORpr ), amidst by lots of celebrities and media. The event...

PINE (People’s Incubation New Enterprise) held its first Startup Pitching Session recently. Besides the investors, CEO’s and Board of Advisors a large number of famous personalities also attended this event. Young Incubates of PINE presented their startup pitches to a panel of judges, investors and the leading...

It turned out to be a fun-filled tournament. Twenty Karachi ladies and girls were joined by two more from Lahore and Abbottabad at the Ladies Golf Tournament held here at the Karachi Golf Club. Played on the Texas Scramble format, the tournament had seven teams featuring the leading ladies of Karachi...

Pakistan’s most-loved premium tea brand Tapal Danedar launched its brand new Elaichi flavored tea with an evening of tea and music. Hot cups of Elaichi tea were served at Karachi’s Deli restaurant along with a high-tea buffet and a live performance by Zoe Viccaji. As Pakistan’s largest tea company,...

Dozens of ladies and girls will feature in the inaugural edition of the Leopards Courier SGA Ladies Amateur Inter-Club Match to be played here at the Defence Authority Country and Golf Club (DAC&GC) on Saturday. The tournament is the latest and welcome addition in the growing list of golf events...

After the critical success of the release of his debut song Jee Lunga in December 2019, one of Pakistan’s most exciting young musician Taha Hussain has released his second song, ‘BEWAFA’ from the album, Ibtida. The melodious BEWAFA is the first song which Taha wrote, composed and recorded in a studio....

Packages Mall celebrates its biggest annual festival of the year – Packages Mall Shopping Festival 2019 (#PSF19). The month-long festival commenced on 30thNovember 2019 and went on till 28thDecember 2019. Along with the festival, Packages Mall also officially launched the Packages Mall magazine and app (available...

Posted on 13 Oct 2021
Following the release of his single “Mahiya” and celebrating 2 decades in music, ex guitarist (Axed the Band) releases... 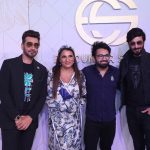 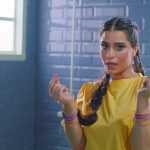